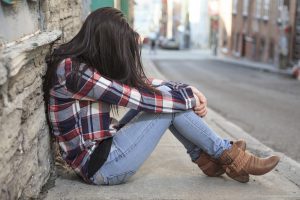 We do our children a great favor if we help them understand there are consequences for their actions … good and bad.

Distraught parents often come to me because their children are suffering the consequences of not being adequately supervised. Of course, teenagers do not want to be supervised, but oftentimes dire consequences will be the result of parents adhering to their children’s complaints and demands for more personal freedom in areas where they are unable to cope with temptation. Setting consequences for a child’s choices and then making them happen is a crucial part of teaching children. They must learn the principles expressed in Galatians 6:7: “Do not be deceived, God is not mocked; for whatever a man sows, that he will also reap.”

This was particularly evident when a set of parents came in with their pregnant daughter.

“I told her she was seeing too much of that boy,” wails the mother, “but she wouldn’t listen. She would say, ‘Mother, don’t you trust me?’ I wanted to trust her, and look what happened.”

What happened? The normal consequences of allowing a young couple too much unsupervised freedom is what happened.

“What can I do?” pleaded another mother. “For an hour or two a night my daughter and her boyfriend sit in his parked car out in front of our house. She tells me there is no reason for me to be concerned, and she refuses to come in.”

“’Why are you so suspicious, Mother?’ she says. ‘You don’t need to worry about us.’”

If you ask me, the parents should do something. There is a basis for concern. Her daughter surely is not reviewing Bible verses night after night for an hour or two out there. We all know what goes on in a parked car in the dark. How do you get the daughter out of the car?

One possibility comes to mind. If all else fails, you go outside, open the car door, reach in, and help her out of the car.

“Won’t that embarrass her?” Yes, it will. But this is a consequence of defying you.

“Won’t she be angry?” She will be furious. But that’s her problem, not yours.

“What if she does not come home and parks somewhere else?” Then do not allow her to go. You may also need to deal with the boy and/or his parents.

In their teenage years, your children need your guidance and help most. They may not appreciate it now, but they definitely will when they realize five years from now that their lives were not sidetracked by a mistake they would not have been able to undo. Always keep in mind that children lack wisdom and self-control, so when parents leave them unsupervised, the children will be prone to make foolish choices.

Lecturing our children about consequences they cannot understand is futile, but we can teach them about cause and effect on their own levels by associating short-term consequences with acceptable or unacceptable behaviors. For example, the child may be told: If you do not study, you cannot go out to play. Or, if you practice hard enough, you will have a much better chance at making the team. Whenever it is possible, have the consequences be directly related to your child’s actions. If you allow your teen to use the car, and he brings it back in good shape and on time, you can be lavish with your praise. If the car is a mess when you get it back, your child may have to wash and vacuum out the car. If he comes home late, use of the car may be suspended for however long you deem is necessary. This will teach him that his choices have consequences that are directly related to his behavior.

At times, parenting may feel like a mystery. Solving this mystery lies in responding to resistance, giving help, respecting each other, supervising activities, and setting and enforcing limits. You must have a plan and then throw all you have into following that plan … making sure the consequences for the child’s behavior are in place.

I once knew a couple that was having a real problem with their 13-year-old son. He was flunking in school, fighting with his teachers, sassing his parents, and fighting with kids in the neighborhood.

Nothing seemed to work. The parents kept after the boy–while they constantly showed real love and concern for the boy himself. They also prayed for patience and grace. This went on for six months and nothing seemed to change. Then, just as mysteriously as the behavior had begun, the boy began to change for the better.

In the past, the boy had been condemned and corrected by teachers, neighbors, and Sunday school teachers. Two years later, the same boy was a top student, on the soccer team, and praised and admired by his teachers, coaches, classmates, and neighbors.

This is a perfect picture of a dedicated, committed set of parents seeking to train a child in the way he should go. They realized it was 20-year process. Their concern was the process, not the immediate decisions and appearances of the moment. They had to relax, trust God, and act by faith.

Many parents do not have confidence in their own abilities. Rather than being paralyzed by fear and insecurity, they need to look to God’s Word as the sources and inspiration for their parenting. Then they need to trust their own instincts as they proceed with confident expectation of good results.

Remember, the primary goal is to train the children up in the way they should go. You have 20 years to mellow and mature. Pray that you will live your life in such a way that your children will grow up wanting to serve the GOD you serve. Parenthood requires an acceptance of the task, the desire to understand it, and the willingness to be as diligent in preparation and performance as the most accomplished artist, business person, or professional person.

Conflicts and problems will arise, but these can lead you to ever-higher levels of accomplishment as God demonstrates His power through the adversity. To identify problems and solve them is to find success. To cover them up or pretend they are not there is to experience defeat. Each parent must be ready and willing to fulfill his or her responsibility in any decision or task.

Guiding children implies a purpose and a goal. You need to know where you are going. You need to assume responsibility for influencing your children. Your influence for good, or for ill, will probably have more effect on the lives of your children than anything else they will encounter. You must work hard to make learning wholesome and effective for your children.

When you center your life and your household in God, you can have fun together as a family as your children grow up in the Lord Jesus Christ. Cherish your children and help them grow to be all God created them to be!