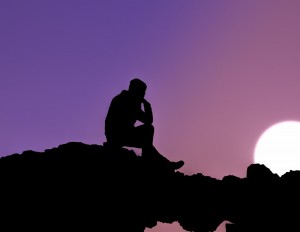 Perry Black was the production expediter for a printing firm, a bachelor in his 30s, and lonely. He hurried to do what was required of him if asked by someone he liked; if asked by someone else, his feet seemingly were of lead. He gave the impression that he was always available and willing to do anything at all to be helpful, but admitted it was just an impression. He actually hated to be disturbed.

He liked a pat on the back and, if praise was to be the reward, would dig for hours to come up with an obscure fact or figure. But if he felt someone was taking advantage of him, he put on his suit of armor:  “OK, Mr. Big, let’s just see if you can put one over on me.” He found satisfaction if someone esteemed by others was tripped up by an error.

Perry wanted people to like him, but resented having his routine broken. He preferred to live alone, talk on subjects of interest to him, give anyone the deep freeze that interrupted or contradicted him – but he was overwhelmed by loneliness.

I suggested that he was quite an artist. He had painted a perfect picture of selfishness and deception. However the picture was known not only to him and to me. In talking with some of his associates, I discovered that he had been unsuccessful in trying to hide his true feelings and attitudes. Everyone who knew Perry Black knew him as a fellow who served reluctantly and was impatient and self-centered.

Was it any wonder that he was left out? He had driven himself into a lonely corner. He wanted life served up to him on his own terms.

To be helped, Perry first had to face the truth about himself and admit that all his life he had denied what now was his own description of himself. Then, he had to recognize that to feel inadequate, guilty, and self-conscious was not the same as to repent. He needed to be saved–from all that was the old Perry Black.

He confessed his sin and asked Christ into his heart. The Bible became his guidebook for life. Proverbs 18:24, for example, took on meaning for him:  “A man that hath friends must show himself friendly.” He found it was possible to “lose” his life yet “find” it.

The change did not come overnight. For months he fought the truth about himself. But today the Holy Spirit is the motivating power in his life, and he is enjoying the ”peaceable fruit of righteousness” of Hebrews 12:11 in his work and in his relationships with other people.