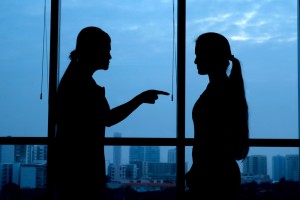 Do you have a problem with rage? Maybe you can lay the responsibility for it at the feet of your father, who mistreated you when you were a kid.

Do you feel a desire to engage in sex with persons of your own gender? It might be that you have a “gay gene.”

Do you steal things? Maybe the fault lies less with you than with a society that stacks the deck against the poor.

Do you drink too much? It could be that you have alcoholism disease.

Do you have a hatred for men? Maybe it is all due to the date rape you suffered when you were younger.

Sadly, everyone loses at the blame game. Worst of all, blaming poor behavior on secondary factors results in reliance upon solutions that do not work.