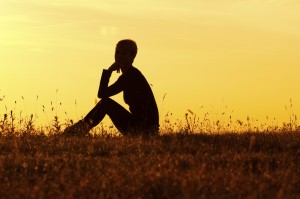 Belief causes behavior.  When our decisions are based on biblical truth, the resulting choices lead to spiritually healthy and productive lives, which are pleasing to God.

The articles below will help teach you how to think biblically. (Note:  Each article will open in a new browser window.  To return to this page after reading it, simply close the new window.)

Wouldn’t it be great to know that the decisions you are daily making are based on real truth? That the perspective you hold on to is indeed grounded in reality? Only the Bible can be trusted to provide us with real truth. Thus, we end up with a “biblical worldview,” a perspective that is based on the Bible–on God’s truth. (read more)

(Note: This link will take you to our affiliated website, JesusOnline.com, in a new window. To return to Biblical Counseling Insights, simply close the new window.)

In the days following Harry Chase’s fatal heart attack, many of the 5,000 people of Arlington were saying that Sybil, his wife, would get along all right. She was resourceful, attractive, well liked. And Harry, a leading figure in Arlington’s business community, had undoubtedly made adequate financial provision for her and their three young children.

But three days after their church’s biggest funeral in years, the facts began leaking out–Harry Chase had left his family penniless. He had spent all that he had, even mortgaging his home and business, on another woman. (read more)

The Need for Integrity

“I was shocked,” said Calvin Lane, though as he spoke I sensed his shock had turned to bitterness. “My uncle was a deacon in the church, but the first time I accompanied him to the company convention he led the way in painting the town.”

In the course of five years Calvin had come to wonder whether a commitment to the Lord actually meant anything. The inconsistencies he observed made him wonder. (read more)

As to the Lord

The boss took credit for a thing if it worked, and if it didn’t, he blamed Bart, who thought it only natural that he had grown to dislike the boss. (read more)

Ken quit school in the tenth grade to work as a messenger boy in the office of a big factory. He was determined to do better than his dad and to provide properly for his family. (read more)

Embarrassing practical jokes, jibes at his youthfulness, and little grins that came to faces because he was the school’s first male music teacher—all this teasing kept up. Word got back to him some of the students and parents were saying he wouldn’t dare subject his piano-playing hands to a real man’s work. (read more)

Click here or use the menu in the right column to continue on to the third step in Personal Transformation, “Behave Obediently.”