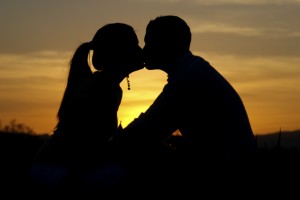 Most marriage difficulties are rooted in personal problems.  Self-centeredness, competition and irresponsibility can threaten the foundation of any marriage.  “Marriage God’s Way” includes sacrifice, cooperation and commitment. The articles below will help teach you how to build a healthy marriage.  (Note:  Each article will open in a new browser window.  To return to this page after reading it, simply close the new window.)

Those who proceed into marriage with an individualistic mindset create disharmony in their relationship, and usually end up lonely and unhappy. (read more)

Are You and Your Spouse Not Getting Along?

The foundation upon which you build your marriage relationship is a mutually agreeable and mutually binding plan. That’s what makes marriage successful. It’s not a “tingle”; it’s a life-time commitment. It’s not competition; it’s cooperation. (read more)

“I want to be a better spouse.” You say this, thinking back over a multitude of incidents that make up the history of your family. Some of them were funny when they happened; others are funny only as we look back on them. Still others were serious. Some were puzzling. (read more)

Who is the Leader?

“Wives, submit to your own husbands as to the Lord.” (Ephesians 5:22) There it is. One of the most fiercely debated Bible verses concerning marriage. “Why should the wife do all the submitting?” That is the hot question. But here is the greater truth, the wife is not the one who needs to do all the submitting … this verse does not stand alone. (read more)

“… present yourselves to God …” (Romans 6:13). Sometimes it seems as though a long-lasting marriage is determined by chance or circumstances or just plain old luck. However, there are some steps that will enable you to establish your marriage on a solid foundation that will help you stay in it for the long haul. (read more)

The secret of getting along in marriage lies in two people applying the principle embodied in this verse from the Bible: “And just as you want men to do to you, you also do to them likewise” (Luke 6:31). This is a workable formula! And amazingly, it is easier to carry out than to trying to figure out the other person. (read more)

The Need for Forgiveness

Neither Frank nor Kate Bonner really wanted to break up their home, yet they were heading in that direction–fast! After 23 years of marriage, Frank had become interested in a younger woman in his office. Kate said she could see why. Kate’s hair was gray, her hands showed the years of housework she had done, her face was lined with the wrinkles of middle age. She was tired much of the time and was subject to frequent and sudden illnesses. (read more)

Everything seemed in their favor when George and Ellie got married. He was a research chemist with a good income, they bought a nice house, were active in the church, and popular with their friends. But in a few weeks this young couple was in my office seeking help. Their story went like this. George came home one night and was greeted as usual in the living room with a tender kiss. But as he held Ellie in his arms, his eyes wandered to a corner of the room and he saw hanging from the ceiling a long, wavy cobweb. He said nothing about it that night, or the next, but both times while maintaining a pleasant appearance, he said to himself in disgust, “What kind of a woman did I marry that she can’t keep her house clean?” (read more)

The Need for Respect

“I’ll post those receipts the way you say to, Ken, but Mr. Roland never had me do them that way,” said Margaret Lowe to her husband in their insurance office. “Mr. Roland … it’s always ‘Mr. Roland did this’ or ‘Mr. Roland didn’t do that’” he snapped. “Don’t forget, Ken,” Margaret said, “Mr. Roland was successful enough to sell out at 50 and move to Florida.” “And when I’m 65, I’ll still be struggling to complete the down payment on the business. You might as well add that,” he growled. For ten years, Margaret had admired Mr. Roland’s keen business sense. When Kenneth Lowe joined Mr. Roland’s sales force, Margaret thought she saw the same qualities in the new employee and she accepted his proposal of marriage after a rather hurried courtship. Then in those first few months of living together she found she didn’t know Ken as well as she had thought. (read more)

Todd Turner was in trouble: for the third time, his wife had threatened to leave him, and this time she meant it. And all over a dog—or so Todd said. Todd was away from home much of the time and had bought Tracy a dog for company before the birth of their first child. After the baby’s arrival, Todd wanted to get rid of the dog. “If the dog goes, I go, too,” Tracy warned. “All right, go ahead,” he told her. And so they separated. (read more)

When Independence is Bad

Viola Walker was far from an avid angler, but she did go fishing with her husband, Louis, several times after they were married. Then, after three trips to the same trout steam and enduring her husband’s complaints that she scared the fish away, Viola gave up the fishing business. Viola’s interest was community projects and current events. She became deeply involved in these activities. Then, after one fishing trip, Louis talked about a “genuine fisherwoman” who had been in their crowd, and Viola felt a pang of jealousy. And she was hurt when he said he couldn’t stay home to watch her debate the new expressway route on television because he was meeting his fishing friends, including “Lady Walton.” (read more)

Click here or use the menu in the right column to continue on to the third step in Healthy Relationships, “Raise Godly Children.”