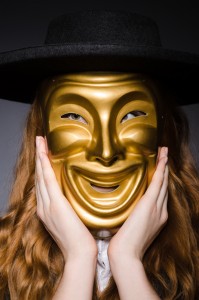 A woman in great distress, seeking peace for her soul, told me her story. When she was twelve years old, her mother left her father for another man. Her father was an irresponsible drunkard.

This twelve-year-old child, the oldest of six children, was faced with seeing the family broken up or assuming the responsibility of mother to her siblings. She assumed the responsibility and successfully managed to get through high school as well as take care of the family. Neighbors, teachers, church people, and the community helped. She kept the house and the children clean and neat, got everyone off to school, and made sure they went to church. Every Sunday the six of them marched down the aisle of the church, occupying the same pew. She received the admiration and affirmation of many for the fine, sacrificial job she did.

However, the girl deeply resented being placed in this position. She dreaded the dawning of every new day. This was her own little secret. She endured the task for seven years; then her father married again. She left home immediately, using the desire for higher education as the reason.

In her heart, she knew that she was laying down a task that she despised. The praise of people only served to make her miserable. She knew that this praise was undeserved, because she was hiding an intense hatred toward her father and her siblings. The deepest desire of her heart had always been to flee the task and be like other girls. Neither her speech nor her actions betrayed her secret. Her hatred for her brothers and sister spread to become hatred toward all children.

She married but refused to have children. Her husband could not understand. Her refusal had caused a deep rift in their marriage. At this point she decided that something must be done about her situation and she sought counseling.

Her story illustrates the emptiness, the misery, the loneliness of words and actions that are out of line with our desires and feelings. What looked like ministering to others was not what it appeared to be. This was not a labor of love; it was a labor of resentment and deceitfulness. Her life was a lie. When you compliment someone like that, you heap coals of fire on her head. For this woman a change of heart was a repentant prayer away.

Proverbs 28:13 says, “He who covers his sins will not prosper, but whoever confesses and forsakes them will have mercy.”

You cannot cover your own sin. You must not only appear contented; you must also be contented. It is important that you be upright in heart and have a clear conscience.

This story is taken from Dr. Brandt’s book, “The Power of the Call.” The names and certain details in this true case history have been changed to protect each person’s identity and privacy.