When the Dolans, a Christian couple, came to see me, they had not spoken to each other for several weeks. The tension had become unbearable.

The issue was over dancing in gym class. Hal Dolan had said flatly that their son should not participate.

Melissa Dolan had agreed in front of her husband, but privately gave their son permission to participate. Hal found out about it through a conversation with a neighbor who had visited the gym class. END_OF_DOCUMENT_TOKEN_TO_BE_REPLACED 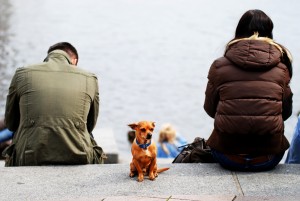 Todd Turner was in trouble: for the third time, his wife had threatened to leave him, and this time she meant it. And all over a dog—or so Todd said.

Todd was away from home much of the time and had bought Tracy a dog for company before the birth of their first child. After the baby’s arrival, Todd wanted to get rid of the dog.

And so they separated. END_OF_DOCUMENT_TOKEN_TO_BE_REPLACED

“I’ll post those receipts the way you say to, Ken, but Mr. Roland never had me do them that way,” said Margaret Lowe to her husband in their insurance office.

“Don’t forget, Ken,” Margaret said, “Mr. Roland was successful enough to sell out at 50 and move to Florida.”

“And when I’m 65, I’ll still be struggling to complete the down payment on the business. You might as well add that,” he growled.

For ten years, Margaret had admired Mr. Roland’s keen business sense. When Kenneth Lowe joined Mr. Roland’s sales force, Margaret thought she saw the same qualities in the new employee and she accepted his proposal of marriage after a rather hurried courtship. Then in those first few months of living together, she found she didn’t know Ken as well as she had thought. END_OF_DOCUMENT_TOKEN_TO_BE_REPLACED 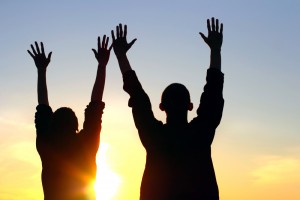 Bill and Jan Stanton lived in a long, rambling nine-room ranch house on a three-acre beautifully wooded tract of land. The swimming pool in the backyard, the two expensive cars in the garage, and the neatly landscaped yard all added up to the obvious—total success. END_OF_DOCUMENT_TOKEN_TO_BE_REPLACED

Everything seemed in their favor when George and Ellie got married. He was a research chemist with a good income; they bought a nice house, were active in the church, and popular with their friends. But in a few weeks this young couple was in my office seeking help.

Their story went like this. George came home one night and was greeted as usual in the living room with a tender kiss. But as he held Ellie in his arms, his eyes wandered to a corner of the room and he saw hanging from the ceiling a long, wavy cobweb.

He said nothing about it that night, or the next, but both times while maintaining a pleasant appearance, he said to himself in disgust, “What kind of a woman did I marry that she can’t keep her house clean?” END_OF_DOCUMENT_TOKEN_TO_BE_REPLACED